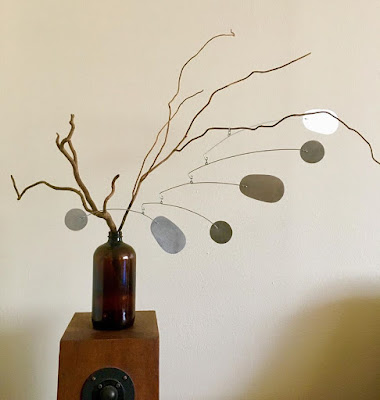 On truth
“It’s delicious,” fox stammered, lips puckering at the taste of an unripe berry.
“You don’t have to pretend,” said crow. “I’ll like you even more.”

Thoughts while making
Have you heard the story of the devil and the blackberry? For millennia, animals and insects, walking and winged, have delighted upon this sweet treat. Rising from the earth come early spring, this daughter of the genus Rubus tempts and teases. First with tiny fragile flowers seducing bees. Then as she stretches her serpentine limbs, fruit filling out, ripe and full.

Every time I walk to my studio, I pass a thornless blackberry. Cut back to the ground in winter, she emerges. And the transformation is inspiring. In June and July, great clusters of fruit appear, green-to-pinkish then to red and – eventually – to that deep, translucent purple.

This week, after some lip-puckering miscues, the squirrels and the birds told me the time had come. . I was making this mobile (pictured) today, and every time I went out to the studio, I spent a few moments head buried in this beautifully-overgrown thornless blackberry bush. Searching for those ripened gems hiding, yet inviting. Listening to bees, feeling the soil under my bare feet. And remembering to breathe deeply as my lips were kissed with childhood memories.

Legend has it that the devil, upon being cast into hell by the archangel Michael, fell upon a tangle of thorny blackberries. Clearly unhappy about this (and the general direction his poor life choices had taken him), he decided to do the reasonable thing: kick, spit, breathe fire, urinate on, and forever curse the blackberry bush. Michaelmas, as the feast day is known, falls on Sept. 29 and lore has it that it’s bad luck to eat the berries after this day. I have plenty to share for all!

What’s your favorite summer treat?
Posted by Mark Leary at 6:11 PM No comments: 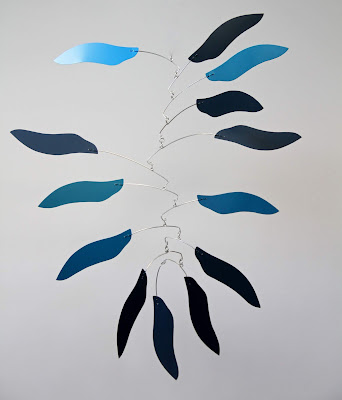 
On the beautiful audacity of hope
“F*&@!” yelled little blue bird.
“What’s wrong?!” asked red fox.
“Oops,” replied bird, embarrassed.
“I was trying to tell people to ‘HOPE!’ but I had something stuck in my beak.

Thoughts while making
Rain or shine, she laughs. Every morning. Every afternoon. And, I’d imagine, many times in between. Despite having been confined to a wheelchair for just about her entire life. Despite not being able to speak. Despite having been told more than two decades ago she wouldn’t make it another year.

Today, as I was packing up this mobile – one that reminds me of the sky, of birds taking flight, of unlimited possibilities and a million different futures – her bus pulled up to drop her off. And there it was: that tell-tale joyous laugh.

I can’t know what she’s really feeling. But the family who has cared for her since she was given up as a baby talk about her happiness, about the fire within her, about how loved she is. And this gives me hope: that in that blue sky where birds fly, we really do have such possibility available to us no matter where our bus drops us off each day.

What’s your favorite four-letter word and why?
Posted by Mark Leary at 6:59 PM No comments: 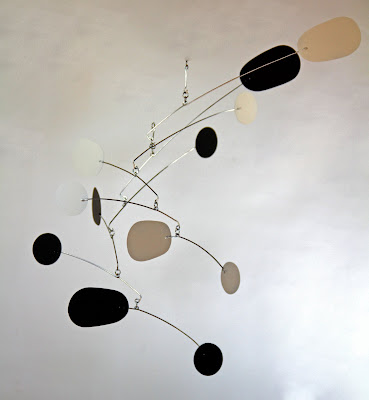 
On shooting stars
“They feel like magic,” whispered little bird.
“That’s because they are,” replied fox. “As are you.”

Thoughts while making
I grew up not far from the ocean in San Diego. When I was little, my folks would regularly pack up the family and haul us east. Over the Cuyamaca Mountains, deep into the Anza-Borrego desert.

Most of my memories of those early trips come from stories told years later, cast in the warm glow of my family’s 35mm slide projector. But not all them. One memory could never have been caught on film.

You know that feeling when you wake up in the middle night and you have to go to the bathroom? You lay there, not sleeping, not really awake, in this state of struggle? When you finally do get up isn’t that feeling of tucking back under the covers kind of amazing?

I rarely got out of bed at night. I was really scared of the dark. So you can imagine that – in a desert where howling coyotes lulled me to sleep – the idea of getting up to pee was wildly unappealing. . One night, however, I didn’t have a choice. I literally couldn’t hold it any longer. I slowly unzipped the tent, imagining what awfulness was waiting for me as I poked my head through the tent flap.

And that’s when I came eye to eye with something I will never forget.

Stars, so many stars. Big and little. Near and far. Everywhere I looked. Laying on the ground beside me. Resting on distant mountain tops. Like I could reach out and run my fingers through them, like phosphorescence, like fireflies, like love.

I stood there then. The world utterly still. The night holding me in this sea of light. In that moment, feeling both small and infinite. And vulnerable. And brave.

That desert is one of my favorite places in the world. As an adult, I’ve returned there many times, camping alone under those same stars; always remembering that feeling.

Where’s your magical place?
Posted by Mark Leary at 8:51 AM No comments: 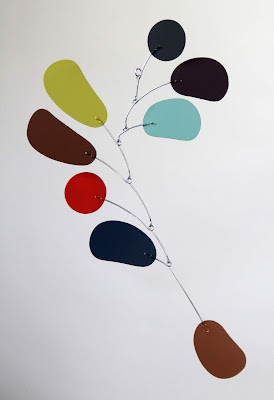 
On the past
“Do you miss it?” squeaked grey mouse.
“Always,” smiled squirrel. “Always and never.”

Thoughts while making
He laughed so hard, he began to cry. And the tears did not stop.

A crack emerging, a lifetime focused in a moment. Magnified and intensified. First times and lasts. Heartbreaks and joy. Fear and wonder.

Tonight, I’m having dinner with a friend I’ve known since I was seven. Today, I pulled out a big box of letters I’ve saved over the years. They’ve traveled with me across the country and back again. Letters that date back to the early 80s. Among them are a number from her. From when we were in high school and beyond. Notes of encouragement and gratitude, support, and silliness.

The letters cracked a gateway between here and now, then and when. I found myself doing that thing where you look off into space, head cocked to the side, losing sense of where you are – or, perhaps, finding a better sense.

Perspective, that’s what it is. “To give the right impression of height, width, depth, and position in relation to each other when viewed from a particular point.” In this case, that particular point is a lifetime of connection. I’m filled with gratitude as I think about the course of our friendship, and happy for the unexpected cracking open to find the whole within.

We were born a day apart in the same hospital, so this mobile is her early birthday present. It’s a re-imagined version of a stabile I created a couple-few months back, and it reminds me of the shapes and colors our friendship has taken o’ these many years.

Who offers you that kind of perspective? Perhaps reach out to them today or just hold them in your thoughts for a moment or two
Posted by Mark Leary at 6:40 PM No comments:

On Scraps + Scrapings
“I think they’re beautiful,” squirrel exclaimed.
“I guess that proves,” fox snarled sarcastically, “that beauty truly is in the eye of the beholder.”
“And isn’t that just the most wonderful thing?!” replied squirrel.

Have you heard the story of Curcu the Forgotten?

Curcu lived a happy life. She had a place of her own. Likeminded friends. And things were just as she wanted. . That is, until that fateful day when I entered her world.

When we met, Curcu was flat and shiny and proud of her rectilinear 36” x 48” dimensions. Sure she had a few dents, but who didn’t, right?

See Curcu identified as a sheet of galvanized metal. She lived at the local big box. And although wedged between 25 other identical 3’ x 4’ sheets, she dreamed of the day she’d be atop the stack. That’s where I found her.

When I brought her home, she beamed. “I’ve made it,” she thought. When I traced those curvy shapes on her, she was a little irritated—“Why would he want to mark up my beautiful shiny, flat surface?”—yet she rolled with it. When the shearers bit into her sides, irritation turned to pain, and pain to fear.

“What are you d-o-i-n-g?!” she cried. “I’m cutting out shapes for my mobiles,” I replied, as metal curly cues fell away from my blade.

I’d never made metal cry before, and I don’t advise you try it. “But, but,” she sobbed, “I’m flat and I’m shiny and I’m rectangular. That’s who I am. That’s who I’ve always been. Can’t you understand?”

I thought for a moment. I *did* understand, but I also knew that—with imagination, hard work, and – yes – a bit of cutting—she’d experience a total transformation; her parts wholly bringing joy to many.

“Dearest Curcu,” I said, “I don’t know what the path ahead holds for you. Perhaps you’ll be scrapped and come back as a spoon or part of a rocket. But I do know you were never just one thing. You were always possibility, waiting. You were always opportunity, ready to be expressed. Change is hard, but when you open and allow, a new world of wonder awaits.”

Where’s one place you’d like to experience transformation?
Posted by Mark Leary at 7:16 PM No comments: