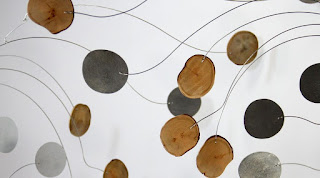 On self-belief
“Are you blind?” asked caterpillar. “I clearly don’t have any wings!”
“Are you sure?” replied beetle. “Sometimes you must believe before you can see.”

Thoughts while making
Her name was Butterfly. She had blue eyes like cornflower and rolled her Rs and could do handstands. She smiled at birds and said hello to trees. Even the small ones.

Her name was Love. She liked pancakes with lemon and sugar and preferred writing in cursive on lined paper and would skip wherever she went. Even when people were watching.

Her name was Truth. She had small hands that moved quietly when she talked. She once said she could feel smells and taste sounds, laughing at the thought of it. And she believed her cat was the wisest person she knew. Even when he growled at her.

Her name was Hope. She knotted hair between fingers when nervous and spoke with a lisp and took exactly two and a half deep breaths before saying something important. And I often heard her clap when the sun rose and thank it when it set. Even on rainy days.

Her name was Beauty. She rarely wore clothes and never kept secrets and called the wind “her friend.” When they once told her her heart was too big, she thanked them for the compliment, feeling it expand in her little chest. Even as she feared they may be right.

Her/His/Their name was You. And your love like truth can spark hope in its beauty. Like a butterfly, let your imagination flit and fly, tell your stories, dancing like magic on currents of water and air.

What quality would you like to manifest and embrace this week? Love, truth, hope, beauty, or ______?

These two matching mobiles are heading to a grand hacienda in Hermosillo in Sonora, Mexico, where they’ll spin above a 17-foot-long wooden dining room table that looks out to a courtyard guarded by an ageless fountain, bubbling. I can only imagine the tales that will be told under them as they catch the desert breeze. 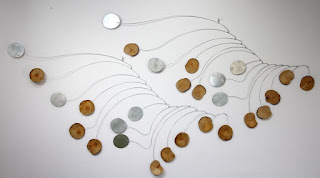 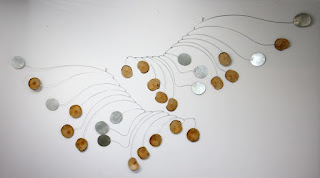